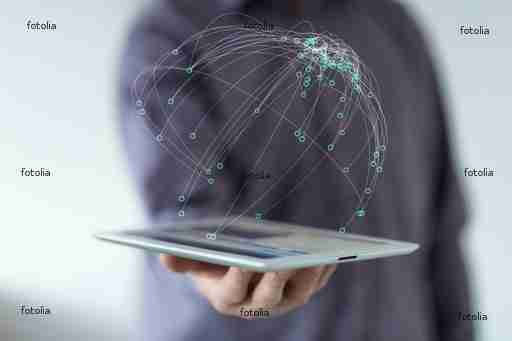 We know touchscreens for a very long time now. The first touchscreen devices appeared in the 1970s and they constantly got better, but there hasn’t been a big improvement in a pretty long time. With Senseg’s new touchscreen technology, this is about to change.

Who is Senseg and how does their technology work ?

But how does this technology work so you can feel the things that you see on your touchscreen? Senseg’s product consists basically of three components. The first and most important part is „SensegTixel“ which is a very thin coating. This coating will be applied on top of a normal touchscreen and it will output the effects. The second part is the electronics module that controls the signals sent to the coating on the touchscreen. The third and last part is the software. It controls the electronics module and contains a Software Development Kit (SDK) and application development interfaces (API) for programmers.
These three components together create a low-voltage electrical current on the touchscreen. When your finger comes close to the device there will be a force field in-between the touchscreen and your finger which will make you believe that you can feel the object on the screen.

As of today there is no official product which uses the technology of Senseg, but there are a lot of possible uses for it. One of the biggest possible markets is mobile gaming. In gaming it is all about the interaction between the game and the person who plays the game. With Senseg’s technology this interaction could increase drastically. Last year this sector had a turnover of 1.78B $ and it is predicted that this number will more than double itself until 2017. With this market growth, there is a good chance that new technologies like Senseg’s can prove themselves in this market.
Another very big possible market is the automobile industry. More and more cars a equipped with touchscreen systems where you can control nearly everything in the car. Recently Google and Apple announced that they will provide entire car entertainment systems with touchscreens. Technology enthusiasts celebrate this, but it also has its own downside: it is dangerous. To use the touchscreen and change some settings you have to look at the display which can easily lead to accidents. Senseg’s technology could be a possible solution for this problem, because you wouldn’t have to look at the display to find the setting you want to change. You can simply feel it with your finger and you don’t have to take your eyes off the road.

Feelscreen and eCommerce: The perfect fit?

With this new touchscreen technology you would be able to literally feel the surface of the product you are about to buy. You could feel a smartphone that you want to buy and even of clothes, so you know how it feels on your skin. This wouldn’t only increase the shopping experience of the customers, but it would also help the retailers. Clothes and shoes are the most returned products in all of eCommerce. 28,5% of all clothes and shoes have been sent back to the retailer in 2012. This amount of sent back products generate a huge bill for the retailer and the feelscreen could reduce this bill. By feeling the fabric of clothes on the touchscreen, customers can decide if the they like it or not before they buy it and don’t have to sent it back when they don’t like it.

At this point in time, Senseg’sfeelscreen basic development is completed but no big mobile device manufacturer is using it. Nevertheless, this technology has a lot of potential and can maybe bring a revolution to mobile device sector. To be usefull for eCommerce there might still be some development needed so that they can emulate the feeling of fabrics.